Hindu Girl Crippled by Polio Finds Her Purpose in Christ 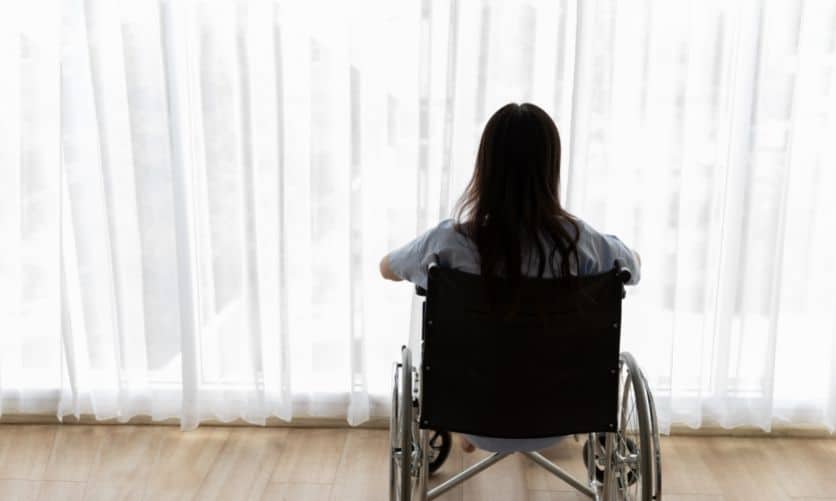 Nadiasih reached out to take the poison she had hidden from her family. She felt discouraged, neglected, rejected, and unloved. From the age of two, she had been unable to walk because of polio. Her legs were useless. She was tired of dragging herself around by her arms. Now 14, she concluded, “Nobody loves me. Why am I surviving? I’ll just kill myself.”

Being a cripple, an outcast because of her disability, feeling unloved, and thinking she was disabled as a punishment from her Hindu god, she decided she wanted to die. She managed to get some poison and hid it until she was ready to take her life. When she took the poison from its hiding place, somehow it dropped from her hand and was destroyed. Then she thought, “Maybe my god is so angry with me that he doesn’t even want me to die. He just wants me to survive like this.”

Poison, Then a Dream

A few years passed before she decided once more to end her life. As before, suicide seemed the only option. This time she found some poison and took it. A family member found her and realized what she had done. They rushed her to the hospital, where a doctor treated her. That night in her hospital bed, Nadiasih had a dream. In her dream, she saw a man in a white garment. He said to her, “Nadiasih, I love you, and I died for you. I have a plan and purpose for your life.”

After recovering enough to go home, Nadiasih struggled with many questions about her dream. One day she went with her parents to visit some Christians in her village. On the wall in one room, she saw a picture of the man in her dream, which made her realize that her dream had something to do with Christians.

Learning about Her Dream

Then one day, a young man named Kadak came in a wheelchair to visit Nadiasih’s family.  Missionaries had given him the wheelchair. He learned of her dream, and even though he was a Hindu, he knew someone who could explain her vision. He asked his friend Rohena, a missionary, to visit Nadiasih and explain the dream. Rohena visited Nadiasih and told her about Jesus. Rohena talked to her about the love of Jesus, his sacrifice, and how she could find eternal life and happiness. After hearing about Jesus for six months, Nadiasih accepted him as her Savior and asked to be baptized. By God’s grace, her family, who were Hindu, never opposed her being baptized.

Nadiasih began to learn more about Jesus and how to know him personally. Chandra Tobing, the leader of a ministry called Promise of the Land, has been ministering to people with disabilities. He knew that Hindus ignored and even discarded family members with disabilities. One young man that Chandra knew, Moduwa, had lost his leg in a road accident. He now had a prosthetic leg. Some friends decided to introduce him to Nadiasih. They liked each other and eventually fell in love and married. They decided, “We want to use our lives for God.” Remembering her dream, Nadiasih wanted to fulfill God’s plan for her life. Promise the Land ministry gave Nadiasih a wheelchair which helped her to be mobile to serve the Lord.

The couple were an unusual sight, Moduwa walking with his prosthetic leg, pushing Nadiasih in her wheelchair. They went from village to village, reaching out to people in various homes. In the past two years, they have started a house church with about 50 people they led to know Jesus. Recently, they decided to reach children and began a club with 70 children now in attendance.

It all started with Jesus revealing himself to Nadiasih in a dream and telling her he had a purpose for her life. Because of this, she came to know that Jesus loved her when she felt that no one else did.

Doesn’t it touch your heart that these people considered “throw-aways” in their own country are beautiful and precious in God’s sight? Isaiah 52:7 says, “How beautiful on the mountains are the feet of those who bring good news, who proclaim peace, who bring good tidings, who proclaim salvation, who say to Zion, ‘Your God reigns!’”

This story illustrates that God is always ready to use those who are willing to say yes to him. Nadiasih and Modula said yes. The missionaries said yes. The donors who support the ministry said yes. Will you say yes? Can you give so another person in despair can be encouraged, saved, and helped to find their purpose in life? You can help make this happen by supporting native missionaries who show the love of Jesus daily to the lost in their countries.