Healing and Hope Found through Pro-Life Ministry in Israel 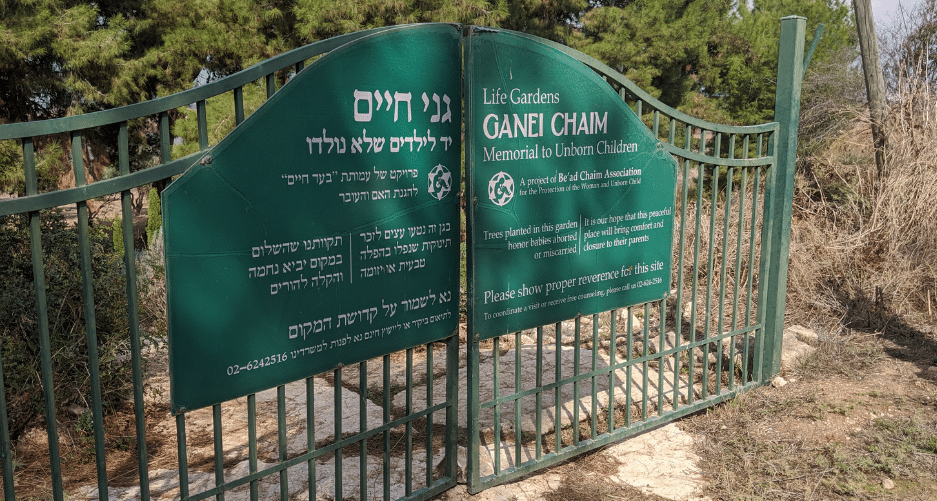 Why am I planting this tree in Israel?

The impulse was as strong as it was sudden and unplanned. Less than an hour before, our ANM team visited Be’ad Chaim’s (“Pro-Life”) office in the heart of Jerusalem. We were impressed by the comprehensive nature of the ministry’s care and compassion for Israeli women of all ethnicities and religions who are struggling with a crisis pregnancy. Now we were on a tour bus in the Judean countryside, heading toward the ministry’s Gardens of Life, where several of our team had chosen to plant trees as an act of healing for the trauma of abortion, miscarriage, and Sudden Infant Death Syndrome.

Our team had not been able to meet with Be’ad Chaim national director Sandy Shoshani, who was traveling at the time of our visit. However, I remained in Israel and interviewed her the following week upon her return, and after my team’s departure for the U.S. Paul Robbins, ANM Regional Director for Israel, had arranged for me to conduct interviews with eight of our ten native partners during my extended stay in Israel. Sandy shared with me the reaction of a visiting mission team when she told them that more than 100 legal and illegal abortions are performed every day in Israel.

Israel is a small country about the size of New Jersey with a population of around 9 million, a little larger than Virginia. An astounding 20,000 legal, government-paid-for abortions are performed each year in this tiny nation. Nevertheless, since its founding in 1988, Be’ad Chaim has helped save over 2,500 babies. As compelling as that number is, it was the ministry’s focus on the individual woman in crisis that touched my heart. Be’ad Chaim often engages with a woman at about the third month of her pregnancy. And the compassion, care, and support doesn’t stop when the baby is born. The ministry stays with the new mother through the first full year of the child’s life, providing free resources such as baby food, diapers, clothes, and counseling.

All of this remained on my mind as we entered the gates and walked down the stone steps to the tree-filled garden. I continued to question my decision to plant the tree. Had I heard the Lord’s prompting correctly?

Our Be’ad Chaim host gathered us around a large stone, something like a great natural table in the garden, and asked those who were comfortable doing so to share why they were planting their tree. Several shared their own or a family member’s experiences. As I listened to these brave women and men reveal the pain in their hearts at the loss of a child, the reason for my own decision became clear to me. My wife June and I are grand-childless. Our only daughter and her husband have no children. It is not difficult to understand the grief at the loss of a child, a true human being conceived in the image of God. But it is also appropriate to grieve that for which you have hoped but now know will never be. June and I will never be grandparents. At that moment, I felt the intense grief of that reality. But I also realized afresh that God’s ways are not our ways and that He knows best. Later that day, I called home to share the experience with June. It occurred to me that this was likely the most important among all the good reasons for my visit to Israel.

After the sharing time, our host led us to the place of planting. Each slender sapling, less than 2 feet tall, was waiting in a pot next to a preprepared hole dug in the rich soil. I removed my tree from its pot and placed it in the earth, filling in the dirt around it. All around me was prayer, some with tears. Our host spent a long time comforting one member of our team.

Planting trees has a long cultural history in Israel, initially instituted for environmental reasons. But to place a tree in the ground with your own hands creates a connection between the planter and the land. Today, there is something alive and flourishing in the soil of Israel with which I am now connected. Indeed, a tree is not a substitute for a grandchild, but it is a reminder that God is the Lord of life, all life, and that all living things witness to their Creator’s glory.

“Holy, holy, holy is the LORD of hosts;

the whole earth is full of his glory!” Isaiah 6:3