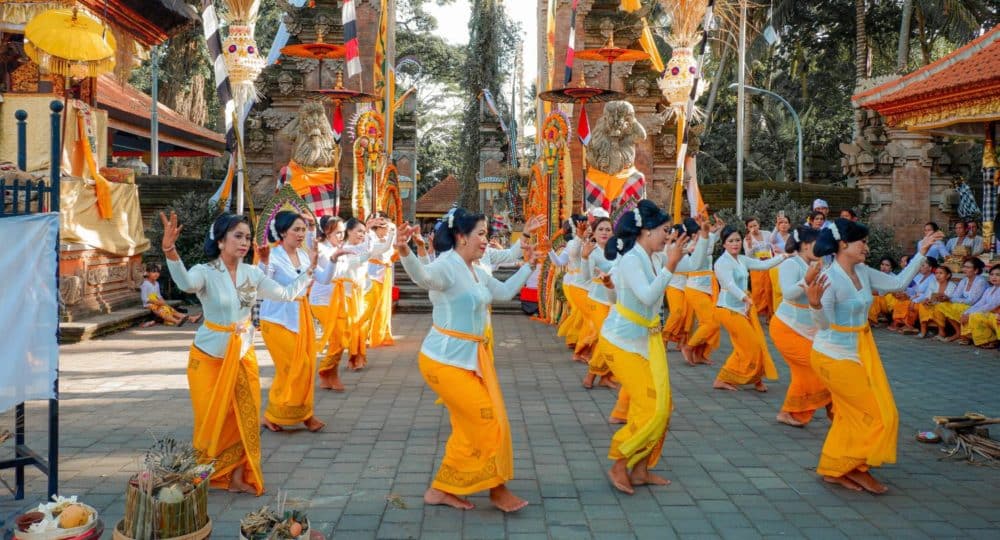 The sounds of clucking, squawking, and buk, buk, buk, ba-gawk came from the large chicken house. Yongki came to purchase chickens from a new farmer he’d found on the internet in hopes of saving money.

Yongki loved the Savior. He had trained as a missionary and graduated from Bible college, but he still bought chickens wholesale and sold them in the market. It helped his family, but he felt bored and stuck. He wanted to spread the Gospel among his unbelieving friends and neighbors on Bali island in Indonesia. He prayed, “Lord, open my eyes to see more opportunities, and send me people so I can share Your Good News.”

Amongst the noise of commercial birds, Yongki approached the farmer named Ketut. Before discussing the price of chickens, Ketut began talking about a program he had listened to about Israel. When Yongki commented that Israel was a special nation of God’s chosen people, Ketut asked, “Are you a Christian?” Not knowing if this would raise the chicken prices or spark persecution, Yongki slowly answered, “Yes, I am.”

Words flew from Ketut’s mouth like bullets from a gun. A smile that spread across his face made his wrinkles pop out, and his round, brown eyes protruded slightly from their sockets, as his arms wound like a windmill. Coming closer, Ketut continued his barrage: “For two and a half years I have been praying for a Christian to come here. I want to be baptized and learn more about Jesus!”

Yongki explained that as a Christian leader he could do that.

“Can you do it today?” Ketut wanted to know.

After discovering that Ketut had already given his life to Christ, read the Bible through on the web, and listened to many sermons, Yongki promised to come back the next day and bring a friend. Business transactions totally forgotten, Yongki hurried home ecstatic over what had just happened. God’s time to use him had come.

Ketut raised fish too, so the next day, the baptism took place in his fishpond. After draining some of the pond, Ketut caught many fish and presented them to Yongki to give to other church leaders, saying, “This is my offering to you.” He then disappeared into the chicken house and scooped up birds by their legs, putting them in a bag. Yongki returned home with fish on one arm and chickens on the other — a fulfilled and blessed man.

Each week, when Yongki returned to buy chickens, Ketut had invited other people to hear about Jesus. Ketut planted and watered the seeds of faith, and Yongki harvested the souls and baptized them. Many came to know Jesus as Lord and Savior. In December, Ketut expressed a desire for Yongki to tell his family about salvation in Christ. Yongki suggested they have a Christmas celebration, and he would then explain the Gospel to them.

Balinese people understand the idea of offering a precious sacrifice if you do something wrong, so after the Christmas feast Yongki capitalized on this. He talked about how the sacrifice and blood of animals was used in the Old Testament to forgive sin, but it always needed to be repeated. When asked if humans were more valuable than animals, Ketut’s family answered with a resounding, “Yes!” Yongki then explained how God sacrificed his only Son for the sins of the whole world and that it only needed to be done once. If they would accept this sacrifice, they could be saved and spend eternity with Jesus in heaven. They understood, and Ketut‘s entire family now loves and lives for Jesus.

The internet linked Ketut to Jesus and connected Yongki to Ketut. Chickens had brought these two men together. God can use anyone and anything to accomplish His purposes. Yet a willing heart and patience for God’s special timing are a must.