Goats Bring Hope and Livelihood to New Christians in Indonesia 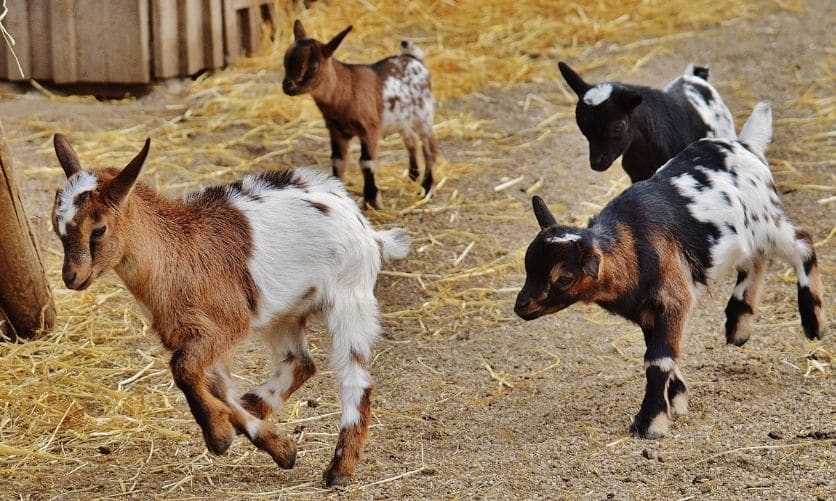 Distressed goats bleated as Cornelius tied their ropes to the barred truck bed of his black pickup. Five females and one male were on their way to the Kadis family. It would be a four-hour drive through lush, densely forested volcanic mountains in Central Java, Indonesia. Cornelius smelled rain, and the 75-degree temperature felt refreshing. A knowing smile crossed his face as he realized the blessing he carried in the back of his truck.

When the expectant family heard the approaching vehicle, they hurried outside to greet their family’s new additions. This gift of goats meant survival for themselves and others, dignity, and a tool for evangelism.

Indonesia is a Muslim-majority country, and life is hard for those who become Christians, like the Kadises. Persecution begins immediately. New believers are threatened, harmed, and pressured to return to Islam. If they refuse, they are disowned by family and expelled from the community. They ask themselves, “Where will we go? How will we live?”

Cornelius experienced this kind of treatment years ago when he became a follower of Jesus. Giving up everything for the Lord takes great faith, and Cornelius understands this suffering. So now he helps others in the same situation and raises an army of Muslim-background believers to help him as missionaries. He trains them to disciple and care for the hundreds of believing families throughout Central Java. Distributing goats is an integral part of his ministry.

The Benefits of Goat Husbandry

Goats are one of the oldest domesticated animals in the world. They are hardy, their care is inexpensive, and they are easy to handle. A doe or nanny can conceive at one year old, and baby kids are born 150 days later. Milk production then begins, and some nanny goats produce enough milk to feed their babies and also provide for their owners’  families. After kids are weaned at about eight weeks, a doe can still produce three to five quarts a day if milked daily. Rebreeding later will increase milk production.

Goat milk can be made into cheese, butter, yogurt, soap, and lotion for home use or sale. As livestock, goats also provide fiber for yarn and manure for fertilizer. When they are raised for meat, their skins can be used for drum heads and rugs and their intestines as catgut for surgical sutures and stringed instruments. These animals are helpful at every stage of their lives.

A Gift that Keeps on Giving

Thanks to generous donations toward goats through the ANM Gift Catalog, the Kadis family has a new livelihood. They are incredibly grateful to be able to earn some income and regain their self-worth.

As more Muslims choose to follow Christ in this nation of over 17,000 islands, the need for support of the persecuted increases. The sale of baby goats, goat milk, and other byproducts is an effective way to help Muslim-background believers and also help evangelize their non-Christian neighbors.

According to Cornelius in a recent email to ANM, the first set of babies is now being born! Certainly, goats are a gift that keeps on giving.

Interested in giving a goat? Check out the ANM Gift Catalog here.