From Father to Son: A Legacy of Faith in Southeast Asia 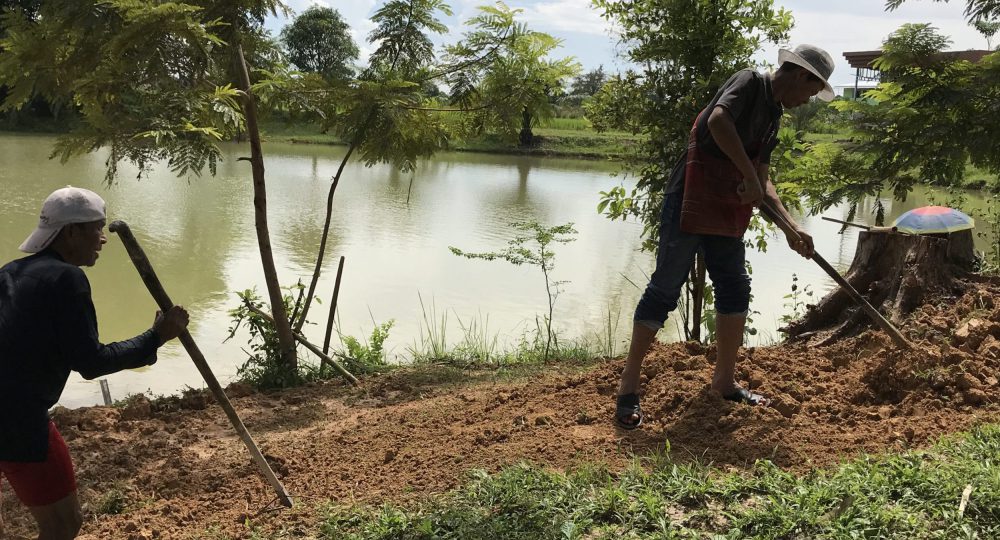 “Only Jesus can help,” the missionary told Kham’s grandfather.

Kham’s parents, Mansay and Soukita, together with his grandparents, had been living in northeast Thailand. In 1958 they moved to the southern part of their birth country across the border. Mansay and Soukita founded a village there, and developed the land for rice cultivation.

Shortly after their move, Kham’s grandmother became very sick. The family tried every possible treatment to no avail. Some sympathetic neighbors shared that they had heard that people who were sick and who believed in Jesus had been healed.

The village happened to sit along the route between the main town and the country’s first church, established by a French-speaking Swiss missionary in 1902. One day on his way to church, the pastor was caught by surprise when Kham’s grandfather stopped his vehicle and told him about his sick wife. The pastor had compassion on him and went with the grandfather to their home and prayed for his ailing wife. Kham’s grandmother recovered. The grandparents said they would now be Christians.

Things quickly changed, though. Mansay and Soukita’s families had previously led their village in Buddhism, actively supporting the local Buddhist temple. When Kham’s grandmother’s condition improved, Mansay and Soukita went back to their Buddhist practices. But then the grandmother fell ill again, this time much more seriously.

The family tried all they knew to make her well. Nothing worked. As a last resort, they went back to the pastor to ask for help. He explained to Kham’s grandfather that after receiving Jesus as Lord and Savior one should continue to pray, worship, and read the Bible. He also sent someone to take care of the grandmother. That was when Kham’s parents, Mansay and Soukita, committed their hearts to the Lord and became born-again believers.

Living as Christians under communism

Fifteen years later in 1975, the communists took control of the country. The new government scrapped private ownership of land and replaced it with a cooperative system. Mansay had influence with the people in his sub-district. The community loved him and respected him. The ruling government did not want to give him a high position since they knew he was a Christian, but they saw no better choice because of his sound leadership. They appointed him chairman of the cooperatives in his sub-district of 10 villages.

Mansay believed in doing a good job as a government worker without compromising his faith in Christ in any way. During his periodic visits to the various farms in his area of responsibility he encouraged the people to do their job well. He modeled exemplary behavior as a government worker and leader. But his faith prevented his advancement to a higher position.

For a number of years Mansay was the pastor of the church in their town and at the same time the leader of the community government. However, the persecution of Christians by the communist government intensified in 1999 and 2000. Churches were destroyed, Christians were arrested and either killed or incarcerated. The time had come for Mansay to choose between renouncing his faith in God and risking his government employment. He loved and worshipped God with all his heart, so he did not falter in his decision. He chose God. For publicly adhering to his faith he was jailed twice.

Aware of the pressure the communist system would put on their children, Mansay and Soukita did their best to lay a solid Christian foundation in them. The unswerving faith in God of Mansay and Soukita left an indelible imprint in the hearts and minds of their six children. The story of their son Kham powerfully demonstrates the parents’ enduring Christian legacy.

When the communists seized power in 1975, Kham’s young mind was slowly drawn toward communism. The government took notice of him as he proved to be both a brilliant student and a rising star in the communist youth movement. After he finished high school, The government sent him to the Soviet Union, where he received four years of intensive training in communism and agriculture from 1987 to 1991.

The first thing Kham did when he arrived In the Soviet Union was to buy a small statue of Lenin. Before long he could speedily sketch Lenin’s face from memory. Kham drifted from his Christian faith. He became more fascinated by the godless ideology of communism. Far from home and thoroughly indoctrinated, he finally gave up his faith. He notified his mother of his new beliefs in letter, in which he also urged her to stop believing in a non-existent god. “Jesus is just a religion,” he wrote. “Marxism is the reality that would grow and develop you.”

Kham’s letter deeply troubled his mother. She could hardly believe what her beloved son had written. Heartbroken, she went on her knees daily and earnestly prayed, asking God to intervene. He did, for as the effects of Mikhail Gorbachev’s perestroika (“restructuring”) rocked the Soviet Union in 1990, Kham encountered serious difficulties returning home.

“If you are there, show yourself to me by letting me go home.”

In his moments of helplessness and desperation, Kham remembered the God of his parents. He remembered his mom’s teaching—“God is a living God, and wherever you are and whatever kind of situation you are facing, God is with you.” Her constant reminder—“God hears you when you pray, and he answers your prayer”—echoed in his heart.

He humbly went on his knees and cried out to the Lord, “Ok, God, you whom my father and mother believe in. I am stuck here. I want to go home. If you are there, show yourself to me by letting me go home.” He immediately saw God’s response in a series of circumstances that opened the way for him to return to his country.

The very next day, a first-year student from Kham’s home country approached him, asking him if he wanted to go home. Kham told him he did but that he had no money to buy a ticket. The student wanted to travel together with Kham as, unlike Kham, he did not speak Russian. So he offered to cover Kham’s plane fare. “Oh, God, maybe you are a living God just as my mother said,” Kham prayed.

Kham and his fellow student went through the process of obtaining the Russian university president’s permission and the approval of their own country’s embassy for their travel home. But something unexpected happened when they arrived at the airline office to confirm their booking. The staff person told them their tickets did not match any flight.

Kham was dejected. He prayed, “Oh God, I almost believed that you are a living God. But now, you cannot take me home after all even though you are God. You are not a reality.”

The following day Kham returned to the airline office. Someone different was at the counter! He submitted the same papers, and the staff person looked over them. “When are you ready to leave?” he asked.

“Tomorrow,” Kham excitedly answered and gratefully received his confirmed ticket. Then he added, “Yesterday, we came and there was a woman working here.” The new person told Kham the woman was sick and he was filling in for her.

Kham prayed again, “Oh God, if you bring me home, I will not only believe that you are God, but I will serve you.”

When Kham returned to his home country he immediately set out to keep his promise to serve God. The first step was evangelism training. He found an address for a Bible school in Thailand on the back of an evangelistic tract, and wrote a letter explaining who he was, where he was, and what he wanted to do, which was to receive further understanding of the Bible.

The letter landed in the Office of the Home Bible League in Thailand, and no one could read his letter as it was not in Thai. However, in the adjacent Open Doors office was someone who came from Kham’s country and could understand Kham’s language. This man had been imprisoned for three years after the communists came to power and upon his release, he moved to Thailand and eventually married a Thai nurse. When he read the letter, he immediately recognized Kham. He used to work with Kham’s father, Mansay, back in their hometown. He replied to Kham and invited him to come and study in the training center that he and a Filipino Christian had started.

After his training in Thailand, Kham returned to his country. God birthed in his heart a vision— reach the five southern provinces of his own country with the gospel. He also realized that he needed to find a wife who, above all, loved the Lord, would understand his pioneering work, and would share his vision and burden. On December 31, 1995, Kham married Vanida, a sweet, hard-working, and active member of their church.

At the height of the persecution of Christians in the south, Kham’s friends repeatedly urged him as their leader to move away for his safety. Some even advised him to relocate to Canada or the United States. But he could not turn his back on his promise to God—to serve him in his own country.

Eventually, he agreed to a brief, three-month exile. Shortly after his return, Kham and Vanida decided to relocate to a village closer to the capital. He asked God what he could do as he would have nobody where they would be moving. He heard God say in his heart, “Follow the same plan and principles, but this time make it bigger. As for the other logistics, I will provide.”

Kham transported his family on an improvised vehicle made from a small plowing tractor 373 miles from the south to the central part of the country. As they very slowly made their way along the highway perched on the tractor with their bundles of belongings, they became a laughable spectacle. 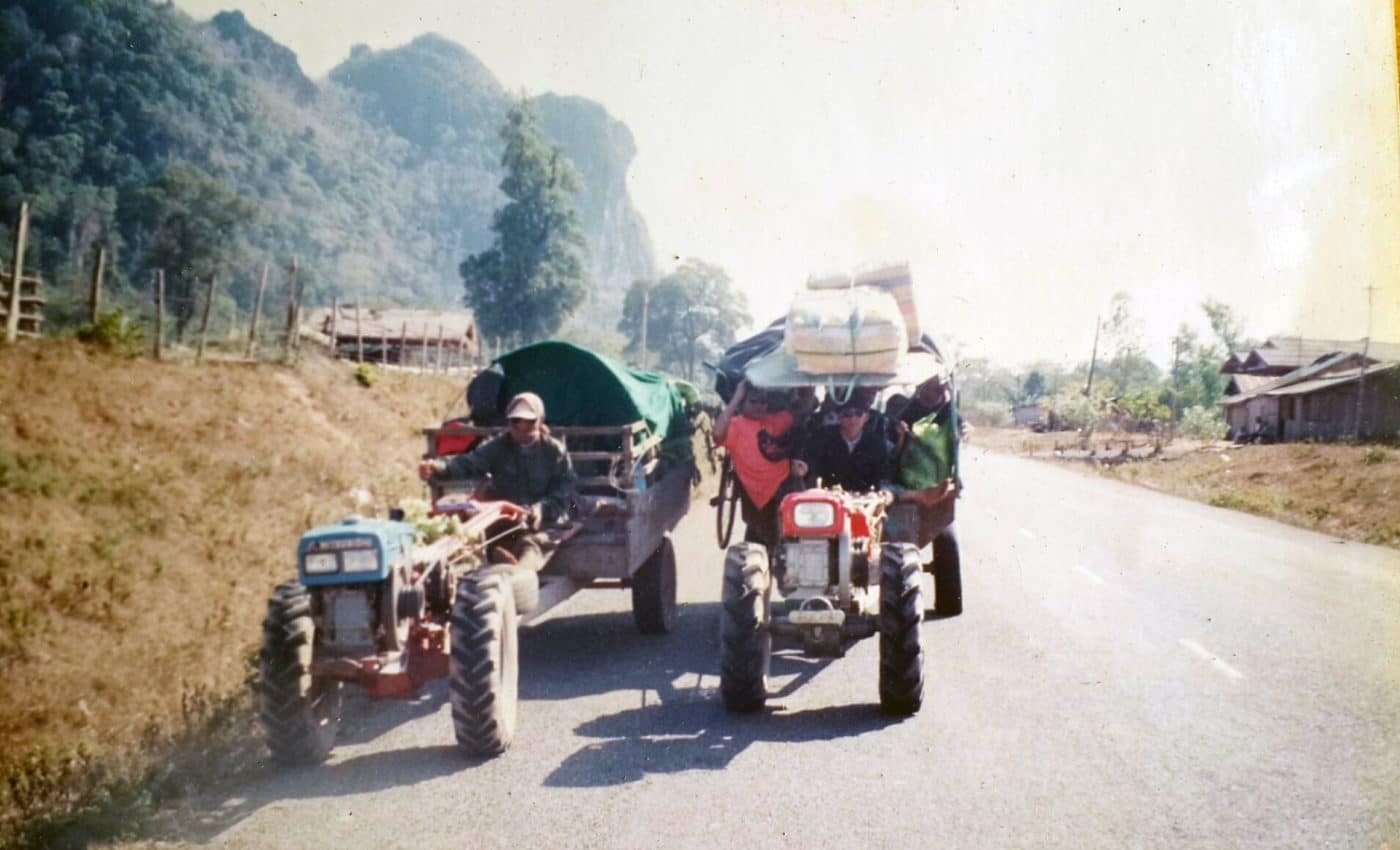 Kham felt compelled by God to make disciples among all the tribes of his country, and beyond in the surrounding region. He has devoted his life to this vision, and God gave him a like-minded and hard-working team. “This is the heart of God,” he said, flashing a big smile. “To have nations and tribes come and worship him. And when one nation or one tribe comes to God, the value or worth of that is beyond anything!”

Kham and Vanida have adopted 20 young people from seven tribes. As they raise them, they train them as missionaries to be sent back to their own tribes.

Kham recently recounted what his father once told him: “No other job is of greater value than serving God. Serving God is the highest job. That’s why my wife and I believe that we get a blessing from what [my father] did. When we see the blessing and benefit from it, we also accept what he said and we also say that to follow God and serve him becomes our first priority. Our life is for the kingdom, for the harvest, for others, to help others to know Christ and become his disciples.”

PARTICIPATE IN GOD’S GLOBAL MISSION BY PARTNERING WITH NATIVE MISSIONARIES LIKE THESE TODAY.