From Criminal to Christian: Bible Transforms Life of Thief in North Korea 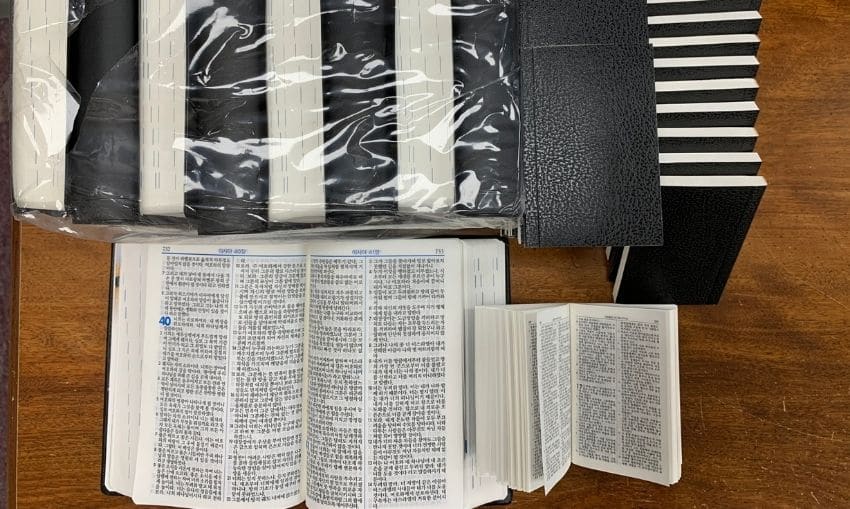 Ha-Rin* wanted recognition. Emotionally he was empty. A group of thieves roamed the streets in Pyongyang, North Korea, and Ha-Rin sought their company. He accepted their challenge to steal to gain their favor. It felt good to see others miserable and to have power over someone. He convinced himself that stealing was his right. The group was notorious, and Ha-Rin became renowned.

When threatening people with harm didn’t produce results, Ha-Rin got angry. Rage and greed took over, leaving people bloody and stripped of everything.

After an especially violent encounter, Ha-Rin took refuge from the police in the house of his friend, Joo Won*, a former gang member. These two had a deep relationship, even after Joo Won became a Christian and left the gang.

Joo Won gave up his bedroom for Ha-Rin. Ha-Rin longed for sleep to take away the thoughts and images in his mind, but slumber didn’t come. In the early morning hours, he sat up and glanced around the room. There was a book sticking out of the corner of the mattress — a Bible!

“I hated to read, but I was drawn to this book. I opened it and read until morning. Needing to be alone, I went to the roof for the next three days and read the entire book. I didn’t know God, but I called on Him when I finished Revelation. I didn’t know there was a repentance prayer or the definition of a Christian. The blind man in John 9:25 said, ‘One thing I know, that, whereas I was blind, now I see.’ Like the blind man, I didn’t know much, but I knew my life was changed.”

Ha-Rin stopped drinking alcohol, asked hundreds of his victims for forgiveness, and made it his goal to know God. His delinquent friends saw the transformation. They listened to what he shared, accepted prayer, and asked for Bibles.

The Bibles were distributed by an ANM native partner working in North Korea, the most dangerous place in the world to be a Christian, according to Open Doors. A secret delivery system channels Bibles to the country’s estimated 300,000 Christians, who gather in 2,000 underground churches. These Bibles keep believers grounded in their faith amidst unimaginable misery.

Ha-Rin pleads, “People seek God in North Korea. They want Truth. Persecution spreads the name of Jesus and keeps the underground church alive. Please send Bibles to North Korea. If this book changed me, it has the power to change anyone.”

You can help transform more lives like Ha-Rin’s for as little as $2.00 when you donate to send Bibles to North Korea. Learn more and give today!