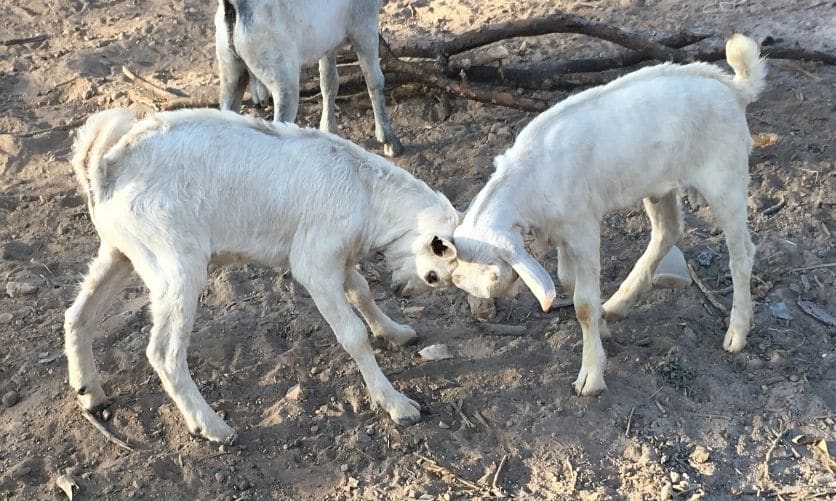 Imagine this experience: When Ali woke up sweating, he thought, I can’t believe I had the dream again. Why would a man dressed in white tell me to talk to my neighbor, an infidel (despised non-believer)? I am Muslim; what can I learn from an infidel?

Nevertheless, after having the same dream again, Ali decided to visit his neighbor, a man named Imman. Ali told Imman about his dream.

Imman smiled. “I know who the man in white is,” he said. “Let me tell you about him.” As Imman explained about Jesus, Ali felt drawn to know more. Eventually, he came to know Jesus, the man in white, as his Savior.

In most Muslim countries, it is acceptable to convert from Christianity to Islam. But if a Muslim becomes a Christian, they are labeled an infidel. As a result of Ali’s coming to know Jesus, his life changed in unexpected ways.

Ali worked for the government as a teacher. The following week, when he went to get his paycheck, he was told that he had been fired. His supervisor even refused to give him his final paycheck. With a wife and seven children to support, Ali needed help, and right away!

Help from Donors and Friends

ANM’s Regional Director (RD) for the Middle East was in Ali’s country at the time and inquired of him, ”What can we do? How can we help you?” Ali needed a long-term solution, but the RD knew that Ali should not receive monthly support from the United States for security reasons. It would draw negative attention to Ali if he received such funds. Instead, the RD felt that any financial assistance given to Ali should be temporary help. Ali asked for some sheep and goats. He thought that if he had some animals, he could support his family by becoming a farmer. Being from a nomadic, pastoral tribe, he was familiar with raising goats and sheep.

With donations from ANM donors and contributions from Ali’s friends, the RD bought him 13 sheep, seven goats, two cows, plus some chickens. In the last six months, the chickens have been laying eggs. Ali now has enough eggs to feed his family, and he has started selling some eggs in the marketplace. He has established his farm and a business. Ali can support his family of nine, and he is also helping two other families in need.

Ali is receiving temporary startup funding for his business. By the end of the year, the business will be self-sustaining.

Ali has shared the gospel with the villagers near where he farms. He became known as a Christian convert, and Muslim extremists have threatened his life. He had to take his family to the capital city for a while until things calmed down and the threat passed. Ali and his family stayed with believers there for several weeks.

Now, Ali and his family have relocated to a small village with access to a well. They graze their animals on government land and stay near the town because of the availability of water. Ali is now leading a small but growing church in his new village. They sit on rugs and wear traditional robes when they worship.

Your donations have helped Ali and his family not only survive as Christian converts but also share the gospel and disciple new believers. Many new converts in Islamic countries need this kind of help. You can help the next believer in Jesus who loses a job because of his faith.