Dreams and Visions for the Church in North Africa: One Woman’s Story 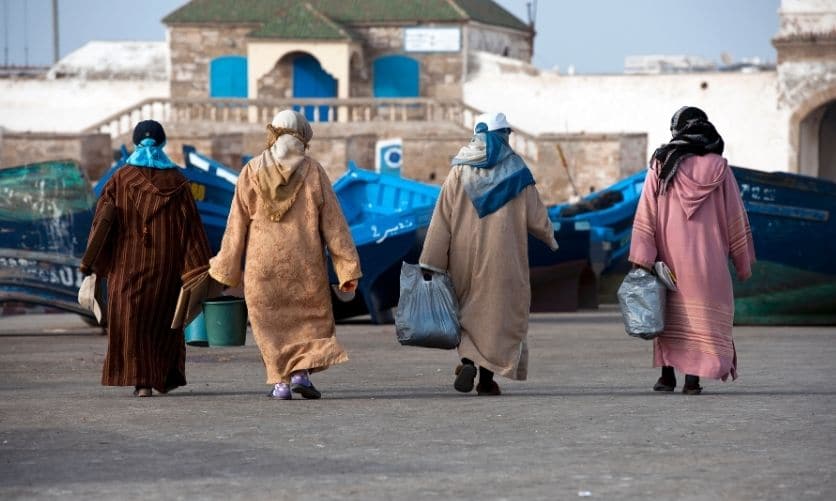 “Get out! Just go away! We don’t want your kind living here!”

An angry woman shouted insults into the hallway of the apartment complex. As the youths made their way to Lola’s* apartment, another door opened and a neighbor threw a punch at one of the young men.

Lola’s apartment was a refuge (or “safe house”) for 17 new Christians escaping persecution for their faith. Her Muslim neighbors hated their daily worship and screamed obscenities through the walls of Lola’s two small rooms. Regardless, God’s love and peace permeated those rooms as she shared Jesus and the Bible with each outcast believer.

A Vision and a Dream

Lola’s faith journey began after she read through the Bible for the first time in just one week. She was so convicted that she surrendered her life to the one true God. Desperately wanting to share the love and freedom she had found in Christ, Lola cried out to God to use her.

Then came the vision.

Lola saw in her mind’s eye four women praying, and four times she heard God say, “Open your eyes and look.” She opened her eyes but saw nothing. All she could do was look at her four walls. God asked her, “How are those walls standing? Look at the corners. Look at your table. Everything is standing on four corners. You, four women, will be the foundation of a 5,000-person church.”

How, she wondered, could this be possible? She lived in a country that was 99.9% Muslim. Lola pleaded with God for confirmation.

The following night she had a dream.

Lola saw herself praying with her friend Maaz*. Then the five Olympic rings appeared, and she and Maaz walked around and around the loops. When they stopped and looked up, circles of people stretched as far as they could see. At 4:00 a.m., she awoke, and the Lord told her to talk with Maaz.

In the meantime, Maaz couldn’t sleep. God told him to expect Lola, who soon knocked on his door. He eagerly listened to her every word.

When Lola finished sharing about her dream with Maaz, he proclaimed, “This is the strategy for building the kingdom of God in our motherland! Prayer is the foundation.”

He further explained, “Next you saw five rings, so begin teaching and training five people. Pray, study, and teach one another to go out and start other groups of five. Regular families grow by having and training children who have children. Knowledge gets passed from one generation to another. In the same way, we can grow the family of God in this nation!”

Kevin Spencer, ANM’s regional director for the Middle East, was incredibly moved by Lola’s story. He knew that she would need a larger home in a safer part of town in order to continue her ministry. With help from ANM donors, Lola and her 17 housemates were able to move into a more secure, five-bedroom house last year.

In a recent visit to Lola’s new home, Kevin, his wife, and their assistant got to witness firsthand how the church is growing in the community. One person shares with his friend, and then he shares with his friend, and so on. Lola and her disciples work with young people because they believe youth are the legs of God. They now have two churches and pray for that number to double by 2022.

“We thank God every day for all the people who are joining us in this vision,” Lola says. “When Jesus fed the 5,000, he used his disciples to pass out the food. He will use us in the same way if we are willing.” 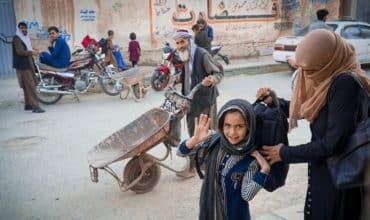