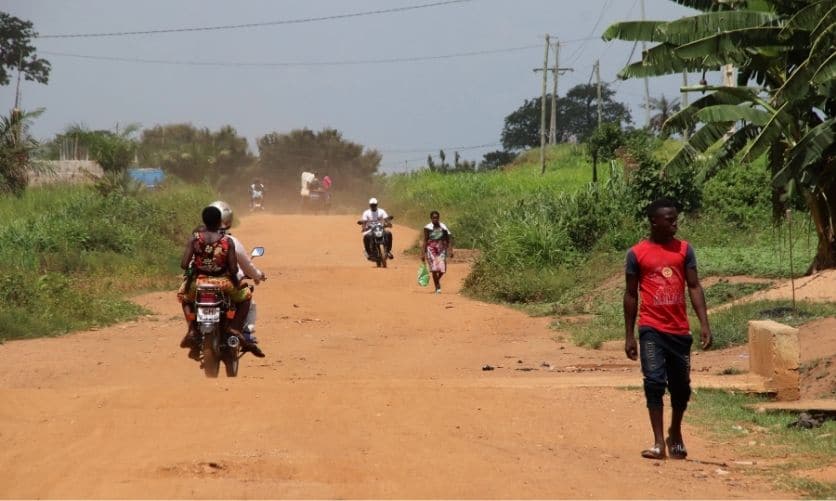 Last year the coronavirus pandemic caused Samuel to search for life’s meaning and purpose. He started listening to a local gospel radio program hosted by ANM ministry partner Emmanuel Guidi. Little did he know that a new chapter of his life had begun.

Togo is influenced by Islam and various ethnic voodoo religions, but Emmanuel Guidi and his wife, Agnes, are preaching the true gospel. In 1992, they started a home church called Christian Alliance Church International (no relation to the Christian and Missionary Alliance). The church rapidly grew after local people were healed. Before places of worship were shut down in Togo due to the pandemic, Christian Alliance Church had 800 members.

Thankfully, Pastor Emmanuel has been proclaiming the gospel over the radio from Togo’s capital city of Lomé since 2001. The program reaches more than 4.5 million people, and last year, Samuel was one of the listeners.

One day Samuel switched off the radio program and thought about what he had heard. Emmanuel’s church was distributing food, and his family needed help. But Samuel had a more profound need. Indeed, curiosity about the message he had just listened to over the airwaves occupied his mind and disturbed his spirit.

The Bread of Life

Several days later, Samuel walked along the hard-packed, red dirt road to Emmanuel’s church. Although the shops were boarded up, women still tried selling goods from the baskets they carried on their heads. Men bore armloads of colorful fabrics, hoping to make a sale. Motorcycles weaved through the streets. A rooster crowed and dogs with curly tails foraged scraps from the few food vendors.

Arriving at the church, Samuel patiently put on his mask and stood in line to receive the food being offered. Pastor Emmanuel was standing on a raised platform, proclaiming the love of Jesus to all who would hear. He shared how sin mars, ruins, and destroys our lives, but Jesus died to free us from bondage and give us eternal life — with Him.

Emmanuel explained how Christians from the United States had contributed support toward COVID-relief so food could be bought and given to the hungry in their community. Samuel could detect an atmosphere of peace permeating the area. At a distance, several church women and children sang and danced with joy.

Samuel was deeply touched by Emmanuel’s message and the generosity of the congregation. Before he realized what he was doing, he knelt down before Emmanuel and received Jesus as his Lord and Savior. He suddenly felt alive and hopeful.

He Shall Feed His Flock

After the food was gone and people had left, Samuel lingered to ask Emmanuel more questions about Jesus’s life, death, and resurrection. The pastor answered him and then handed him a New Testament.

Two weeks later, Samuel returned again for food. This time, he brought 15 friends and family members with him who had not yet heard the truth about Jesus. God opened their hearts and they, too, accepted Christ. Since then, several of them have been baptized.

Emmanuel thanks ANM and donors, saying, “Your gifts reached thousands of needy people with food, water, rice, oil, etc. More than 27 church branches in Togo distributed items in every parish. Your help encouraged and strengthened our missionaries by relieving their financial burden. As a result, many people have given their lives to Christ and decided to worship the Lord when churches reopen.”

According to Emmanuel, even though they may run out of food, they will never run out of the gospel!

ANM’s COVID-Relief Fund is still active, and the needs of our partners and the people they serve have not diminished. To contribute, click here.