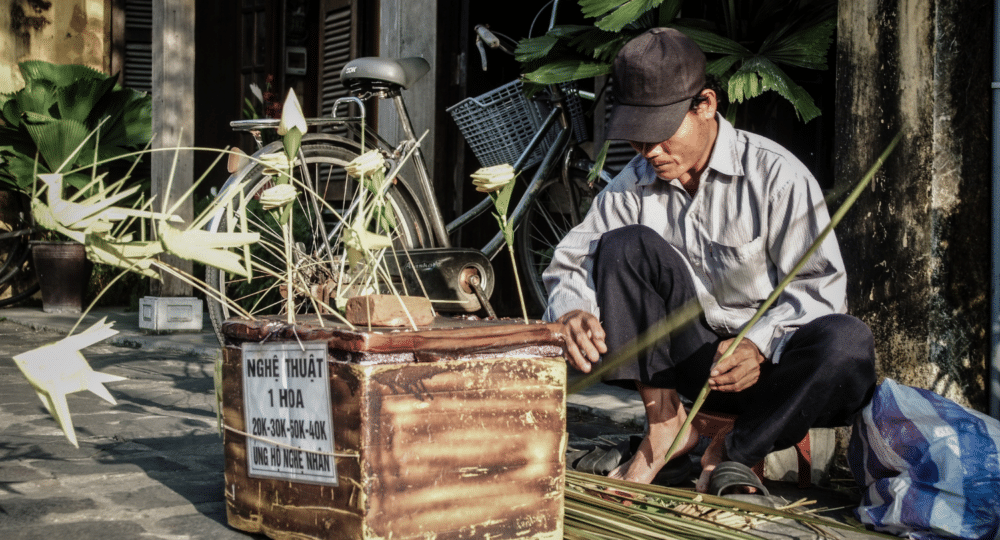 When Pastor Loang met the Vietnamese Communist war hero, A Mep, in Xa Xop, he was excited by the chance meeting. His burning desire to share the Gospel in Xa Xop seemed possible now. Visiting his own relatives in the village had led to nothing except the chance meeting with A Mep. The problem was that the village was under strict control by the government and no discussion of religion was allowed. Tin Lanh (the Gospel of Jesus Christ and Christianity) were especially banned. Yet the yearning in Pastor Loang’s heart remained to share the Gospel in Xa Xop. How could he share the Gospel with A Mep?

Pastor Loang soon realized that A Mep loved to share about being a hero, his honors, his government support, and his rewards for being a hero. He was very proud and loved that Pastor Loang would listen to him. Pastor Loang enjoyed the stories, and for a year, he listened each time to A Mep told about the Vietnam conflict.

Eventually, A Mep mentioned, “You have heard my stories of being a war hero. Who is your hero?”

This question presented the opportunity Pastor Loang had prayed for. He began, “Jesus is my hero. He saved me from eternal death and brought me to eternal life.” He went on to share how Jesus had changed his life.

Soon after he heard about Jesus, A Mep became horribly sick. During COVID everyone was afraid to go to the hospital, even his family members. “I will take you to the hospital,” Pastor Loang told A Mep, knowing this would allow him to share more about Jesus.

At the hospital, Pastor Loang told A Mep about the life of Jesus and about what it means to live for Christ. Eventually, A Mep accepted Jesus as his Savior. Pastor Loang then gave him a Hmong Bible. When A Mep received the Bible, he was surprised and exclaimed, “This is the word of God I am holding in my hand! It is in my own language. I can read it!” (These were the Hmong Bibles sent by Advancing Native Missions to Vietnam because of donations through  the ANM Gift Catalog.)

When word spread in the village that A Mep was a Christian, Pastor Loang was forbidden to go to A Mep’s village; he could not even visit his relatives. Pastor Loang did not give up. He secretly visited A Mep in his rice and coffee fields, where he taught him more about his faith and the Bible.

Eventually, A Pem, the wife of A Mep, learned of their Bible studies in the fields and reported A Mep to the local government. A Mep’s family began to persecute him mentally and physically. Then A Mep was faced with a terrible decision. The local officials gave him a choice, “You can deny your faith in Jesus or lose your status as a hero of the Communists. You will lose your support and rewards.”

A Mep chose Jesus. He remained faithful to his Savior.

After further pressure, the local officials made him sign a document stating that he chose Jesus and rejected his title of hero.

After that difficult decision, A Mep’s wife became ill. No one would take her to the hospital, not even her family. Again, Pastor Loang decided to seize the opportunity, “I will take A Pem to the hospital.”

A Pem, Pastor Loang, and A Mep went to the hospital, where for the next month, Pastor Loang and his friends from church cared for A Pem and A Mep, showing them the love of Jesus in action. Seeing the love and care of these Christians, A Pem also received Jesus as her Savior.

When A Pem and A Mep returned home, A Mep began sharing his faith, and the people in the village listened. Soon A Mep began hosting a house fellowship.

In Xiep Ngap, there is now a new hero — A Mep, a hero of faith and a church planter. There is still resistance. Pastor Loang has received threats from local officials. They say they will burn his motorbike if they see him in the village. A Mep did have his special government support cut off. But all this has not discouraged the pastor or A Mep.

Pastor Loang commented, “We are so happy to see the seed of the Gospel is growing to become a tree of faith.”

The Word of God

Having a Bible in his own language helped A Mep grow in his faith. All of this happened because of the Hmong Bibles ANM sent to Vietnam.

You can help other people to receive a Bible in their language by giving a Bible through the ANM Gift Catalog.