Christian School Established for Children of Maoists in India 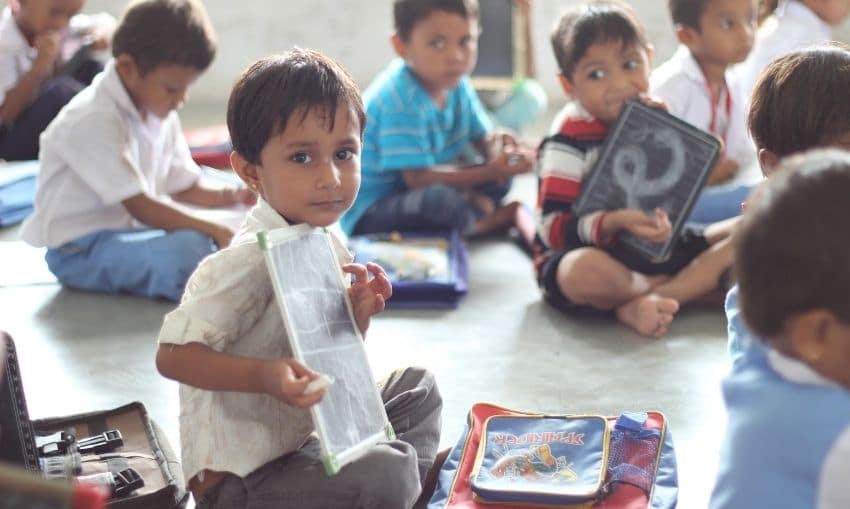 A weary, timeworn man shared his heart with Brother Rishi*, saying, “It is better to be a Maoist than to be an unknown. If we join their ‘Peoples’ movement,’ they give us work and perhaps drill us a bore well. They provide us with some food, clothes, and money. However, they fill our men and boys with dreams of a better life and then lead them into [conflict] to die.”

Rishi had risked his life to enter the Maoists’ domain deep within the forests of one of the northern states in India. He had walked for three hours and carried only a Bible. When the villagers realized he had come in peace, they offered him millet porridge mixed with rice water and fried bamboo shoots. Their hospitality was as rich as their land, but their poor living conditions were painful to see.

This Indian state has an abundance of mineral resources, but the people live in abject poverty. Their lamentable state of affairs provides ample recruits for the communist insurgents, who claim they are fighting on behalf of the landless poor.

As Rishi ate, the children gathered around to stare. Most were malnourished.

“Do you go to school?” Rishi asked.

Rishi’s heart sank. These children, whose fathers were off fighting, lived in squalor and fear. The militants controlled everyone, threatening them at gunpoint and offering no hope. Society hated these rebels and their children and only wanted to end their lives or run them out of the country.

But God showed Rishi another plan: “Start a school!” He told him.

Humbly, Rishi contacted ANM’s South Asia Regional Director and shared the strategy that God has revealed to him. It would be the first English-medium school in the area for children of Maoists and the other poor villagers.

Once the plan was initiated, donors to ANM raised enough money for Rishi to purchase two acres of land and build two classrooms. People locally gave him moral support and helped with construction. The government allowed the new school to open, and Rishi registered 30 students. He already sees growth in their desire to learn.

Another school year begins in January. Before the school can open, an inspection committee must evaluate the students’ progress. If enrollment does not increase, the committee has the power to close the school. But in order to grow, Rishi will need additional classrooms. While he has enough land, he has no more bricks or concrete with which to build.

Through your faithful prayers and support, you can directly impact a new generation of godly men and women and help build God’s Kingdom in this troubled region.