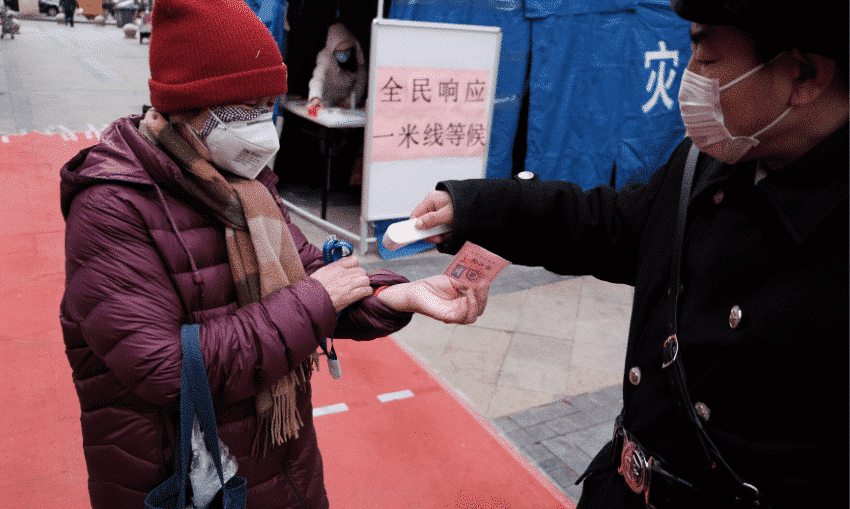 It was early February and the tenth day of the coronavirus outbreak in Wuhan, China. A group of local Christians put on yellow suits and face masks, grabbing their gospel tracts and a supply of masks. They ventured into the streets to share Jesus despite the contagion and the city’s quarantine. The streets were filled with desperate people in a panic. Masks were now the most valuable thing in Wuhan. The Christians gave out free masks and handed out Christian literature. Without fear, they shared words of comfort and hope from God. They were witnesses of peace in front of unbelievers in a frightening situation.

A police officer who was monitoring the crowds approached one of the women in the group. He listened to the gospel and with gratitude took a mask. Soon after, another officer came up for a tract and a mask. The first policeman returned, asking for a set for a friend. Sometime later, four more officers came.

These were the same government officials who had been vigorously attempting to curb the message of salvation in Christ in that region. They had arrested believers for spreading the gospel. But as the officers saw their willingness to risk their own health, even their lives, to serve others, the Christians gained their respect as never before. The yellow of their protective suits became the most beautiful and trusted color in the city.

Pray for these faithful followers of Jesus as they take advantage of this moment to reach people for God’s kingdom. May God use their efforts for His glory in this unforeseen opportunity