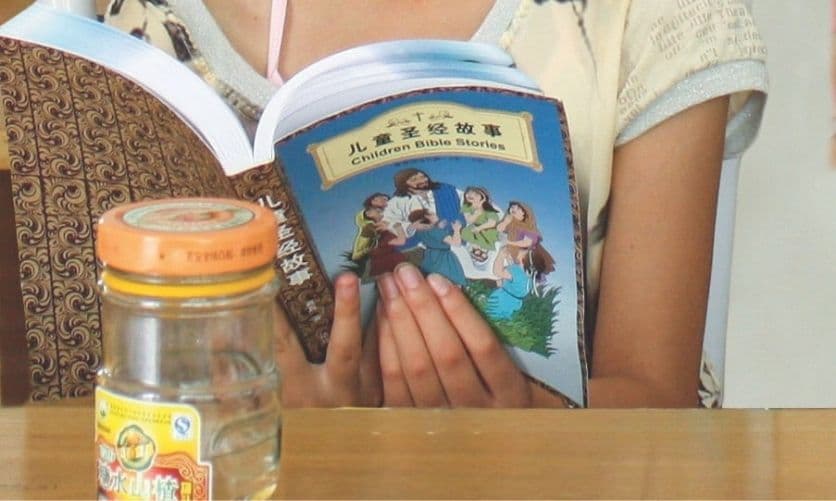 Seven-year-old Ling Ling rode the elevator to the 32nd floor of her residential tower block. She waved goodbye to her friends and entered her small apartment. She said hello to her grandparents, removed her shoes, and slipped into her house flip flops. Happy chatter grew louder when her parents returned from work, and dinner preparations began. Sitting on stools around their square table, they ate and discussed the happenings of the day. Mother cleared the table and returned with Ling Ling’s new illustrated Bible storybook recently given to her by a pastor in Shandong Province.

The Presentation of Truth

Each book contains 200 exciting Bible stories written in Chinese and illustrated with realistic Chinese characters. The stories of  Noah’s ark, Daniel’s lion den, and others are skillfully told, as is the life, death, resurrection, and Lordship of Jesus Christ.

Every evening after dinner, the father read the stories aloud to Ling Ling, her mother, and both sets of grandparents. Seven people were hearing the Gospel for the first time, learning about a God who loved them enough to die on a cross for them. Curious and with questions, the family attended one of the underground worship services. The music, the love of the people, and the message spoke directly to their hearts. A few weeks later, they became born-again Christians and now regularly go to this secret church. They also organized a children’s Bible storybook reading group with parents and children from Ling Ling’s kindergarten class.

This is only one of many testimonies ANM has received from our children’s ministry partner in China. On an average, every book reaches six adults, because the generations live together. Your gift of only $4 will place another precious copy of this book with a Chinese family. The potential is great. Be a part of this fruitful harvest while you can and while the door is open.

Buy a children’s Bible storybook to impact a family in China.