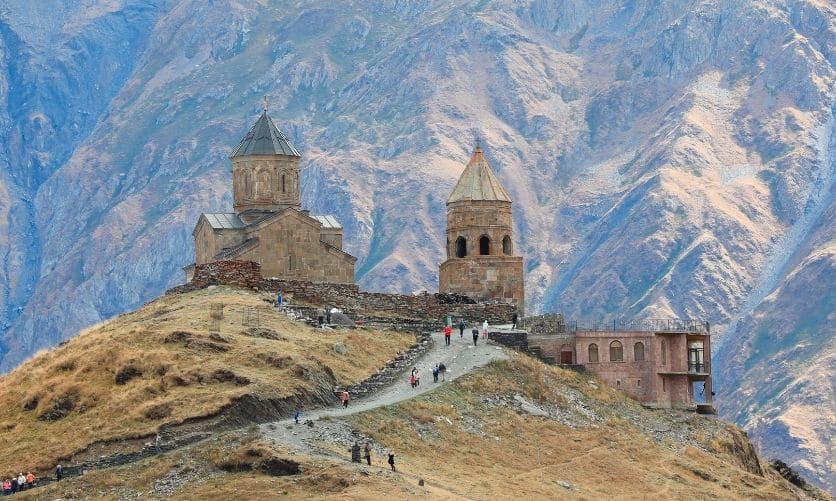 Yusif* had his shop set up to sell second-hand clothing. He had employees ready to work for him. All he needed was the clothing to get started. He found a place in Switzerland to purchase stock for his store. The clothing would fill a truck, but getting the permits to transport the clothing across country borders was the challenge. The driver who was to transport the clothing was very impatient. Yusif told him to wait for the paperwork that would eventually come through. Being impatient, the driver contacted Yusif and said, “I am not waiting. I have other things to do. I am bringing the clothes and will drop them off as close to you as I can. I am bringing them to the border of a certain country in Central Asia.” That was not where Yusif needed the clothes to be delivered.

The driver left the clothing at the border, a six-hour train ride from the capital of another Central Asian country, where Yusif lived. Being resourceful, Yusif wanted to make the most of his time and efforts when he retrieved the clothing. He came up with a plan to turn the problem into a blessing. He decided he would hold a training conference in the first country for those desiring to plant churches. He held the meeting for three days in that country to train pastors in evangelism, discipleship, and the practical aspects of running a church.

After holding the conference, Yusif went to get the clothing. He found out that the price to get the paperwork completed to have the clothes released was very high. Again, his resourcefulness kicked in. He found a Swiss supporter who donated 50 hospital beds to him. Yusif went to the government office and offered the 50 donated hospital beds to the government free if they would reduce the price to release the clothes. The government reduced the cost of processing the paperwork by ten thousand dollars. However, the clothing is stuck at the border between two Central Asia countries, awaiting release. This complication presents the possibility of more resourcefulness and ministry opportunities for Yusif as he waits to receive the clothing for his shop.

Learning to Be Self-Sustaining

This all occurred after the Regional Director of Central Asia, Warren Stewart, took Yusif to a conference to help pastors start businesses to support their ministries. Yusif received training in how to create a micro-business. These businesses help the missionaries to become self-sufficient and open doors to minister to people they work with in the industry. This opportunity is why Yusif decided he would open a second-hand clothing shop. He saw the benefit of such a business to his ministry, Alof (“Flame” in English). Alof is part of a house church planting network that is exploding in Central Asia.

As Yusif waits for the clothing to start his second-hand shop, he continues to be resourceful, working in different countries to train pastors to start home churches. He has been the key man in the church planting network. He has been building relationships with people outside of his own country. He even slipped secretly into one country to baptize a new convert. He wants to expand his ministry beyond his country into other countries of Central Asia.

How You Can Help

Donors who give for micro-businesses make an impact on missionaries. The businesses they start support their families and their ministries and open doors to develop relationships in the community. You can be a part of helping a missionary be self-sustaining by giving here.