An Angel on the Israel National Trail 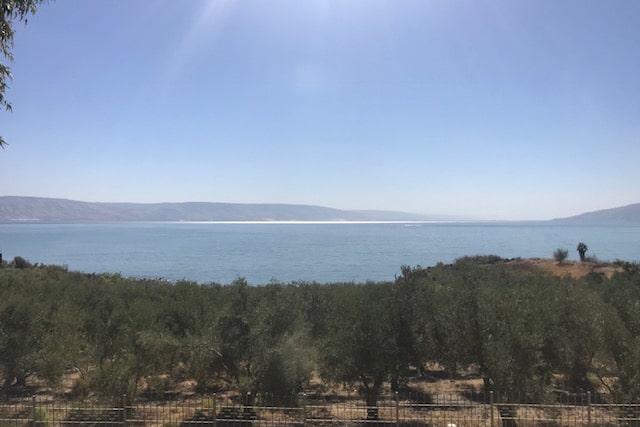 Israel is a tiny country, but its geographic diversity rivals any nation many times its size. To experience this beautiful variety, more than 10,000 hikers a year take 45–60 days to hike the 683 miles of the Israel National Trail. The trail crosses the entire country, from Dan in the north near the Lebanese border to Eilat on the Gulf of Aqaba in the far south. It avoids the most controversial areas of the Golan Heights and the West Bank to ensure a relaxing and enjoyable time. It reveals the grand scale of biblical landscapes as well as the everyday lives of modern Israeli. The trail  crosses the Negev Desert, still populated by Bedouins, and takes hikers to both the Jordan River and the Mediterranean beaches.

An Israeli journalist named Avraham Tamir had the inspiration to build this trail, while hiking the famous Appalachian Trail in 1980. (The ANM office is only five miles from where the Appalachian Trail passes through Rockfish Gap, which we can see from our office windows.) Tamir inaugurated the trail in Israel in 1995. In 2012 National Geographic named it one of the “holy grails of hikes” on a list of the top “20 most-epic trails in the world.”

The trail has international fame, but for local Israelis it is a respite from ongoing hostilities. They hike to free their minds and feel connected to nature and others on the trail. “Trail angels” living along the route open their homes and offer other help to hikers.

Lech L’cha, an ANM ministry partner primarily serving Messianic believers in the Israeli armed forces, is situated along the trail. In 2016, when Lech L’cha needed new shelters for soldiers during their discipleship training, donors provided three large, hand-made tents through ANM. One now houses the men, another the women, and the third provides a gathering place for prayer, worship, and study.

These tents also enabled Lech L’cha to extend hospitality to hikers as a trail angel. People from dozens of nations—Jews from 90 different countries live in Israel today—stop at Lech L’cha’s facility for meals, fresh water, showers, and beds. They also experience the love of God, hear about Jesus, and ask questions in a safe environment.

Many walk beautiful trails to find peace. Our prayer is that they will also find the Prince of Peace.

PARTICIPATE IN GOD’S GLOBAL MISSION BY PARTNERING WITH NATIVE MISSIONARIES LIKE THESE TODAY.