A Tribute to Bishop Niranjan Bardhan 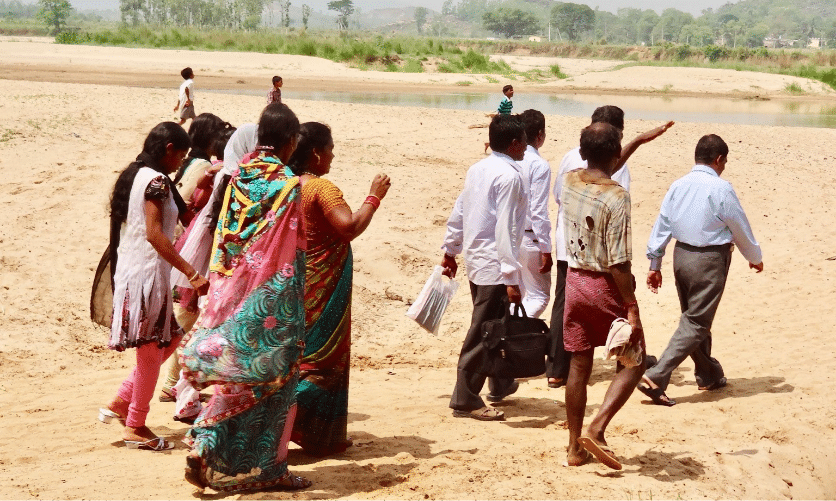 On January 9, 2021, heaven received an incredibly faithful, fruitful, and compassionate servant of God. Niranjan Bardhan described himself as God’s donkey, carrying Jesus to the Indian state of Odisha (formerly Orissa) and the neighboring state of Andhra Pradesh.

“It is amazing what God can do when we totally rely on Him.”
– Bishop Niranjan Bardhan

“Whoever believes in Him will not perish.” After hearing these words from John 3:16 at the age of 19, Niranjan surrendered his life to Christ and immediately went to work for an international Christian organization. Twelve years later, while attending a Billy Graham conference, he heard the Lord say, “Evangelize your own unreached people.” In obedience, he resigned from his former position and, in 1983, began a ministry known as India Gospel Outreach and Social Action. With his own money, he traveled to remote villages, sleeping in peoples’ homes or outside. Joyfully, he shared about the one true God in heaven who could save souls and forgive sins. He reached the most neglected areas and villages that knew nothing about Jesus. Gradually, house churches emerged, and congregations formed. His faithfulness to train leaders caused the work to expand. For 38 years, he spread the gospel among the 62 tribal groups and 93 oppressed classes living in Odisha and some in Andhra Pradesh. His success angered those from privileged classes and extremist elements who sought to kill him because this little man with great wit was upsetting the system. Niranjan never backed down. He often said, “I want to live with the love and power of God operating inside me, realizing that no one can destroy my soul.” He even began a computer center that reached out to higher-class individuals.

Niranjan’s dedication brought fruitfulness. The kingdom grew by the thousands from multiple people groups. Churches, pastors, and evangelists arose by the hundreds.

Committed to reaching the children, he started four day-care centers and a children’s home. A visiting ANM worker commented, “Niranjan’s children’s ministry is one of the best run I’ve seen in India.” As the years passed, these children became professionals and followed God’s call on their lives. Some became nurses, computer programmers, and business administrators. As a result, grateful parents and lower-class communities became interested in the gospel and education.

Prayer always accompanied door-to-door literature distribution or other outreaches. Healings brought entire families to the Lord. In one report, Niranjan shares a few examples: “Two [extremists] gave up violence and accepted Jesus. Since then, 18 others [have been added to the body of believers]. A witch doctor came to the Lord, and within six months, ten more souls joined the church. An evil spirit kept a young boy bedridden. After his deliverance, 20 people [were added to the local fellowship].”

Niranjan learned compassion the hard way. He was born into a lower class and endured much humiliation. Socializing with his higher-class schoolmates was forbidden. His water came from a different well, and he had to drink from a clay cup. Providing fresh water wells became prime social development programs. Besides education and childcare, Niranjan organized health camps for the poor and needy. He provided projects like making mats and raising goats so groups could support themselves. Even the physically disabled received assistance.

Others saw his compassion, and he began receiving national and state awards for his social work. The National Christian Counsel is a movement in India that serves the needs of minorities. It is a human rights network that promotes unity among Christian leaders to help those from the lowest class and tribal groups. Niranjan became their national secretary, making him a popular speaker in worldwide mission conferences. One location gave him an honorary doctorate and consecrated him as a bishop.

“It is amazing what God can do when we totally rely on Him,” Niranjan once said. His simple, straightforward, single-minded devotion to proclaiming the gospel should be a model for us all.